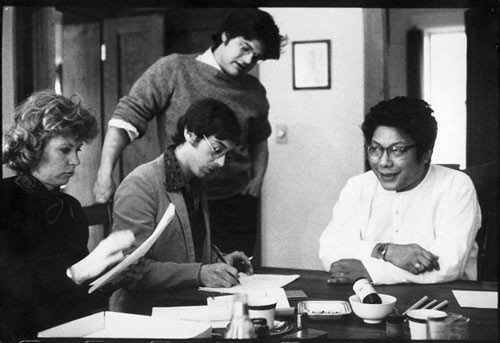 Robin (standing), Larry, and Jan Watson with the Vidyadhara in 1975 Photo by Robert Del Tredici

On July 31, 2007, Robin Kornman, one of the founding members of the Nālandā Translation Committee, passed away at age 60, from complications due to cancer following a lengthy illness.

Robin became a student of Chögyam Trungpa Rinpoche soon after the Vidyadhara’s arrival in North America. He lived at Karme Chöling through the early 70s, where under Rinpoche’s guidance he began his study of Tibetan— whatever he could squeeze in when he wasn’t working in the kitchen, teaching, or heading up the education department. He served as Rinpoche’s primary attendant at the 1974 Vajradhatu Seminary, continuing his Tibetan tutelage under the Vidyadhara, as much as his cooking and cleaning duties—not to speak of logging many hours in rhapsody over the most recent Joni Mitchell album—permitted.

In 1976, Robin moved to Colorado, first to Shambhala Mountain Center and quickly thereafter to Boulder, helping to formally found the Nālandā Translation Committee. He lived in the first translation house and was a mainstay of the Translation Committee through the late ’70s and ’80s. Robin was a principal translator and editor of The Rain of Wisdom and a key contributor to the translations of the Vajrayogini, Chakrasamvara, Jambhala, and Werma Sadhanas as well as the Long Werma Lhasang and the Vidyadhara’s Shambhala terma texts. 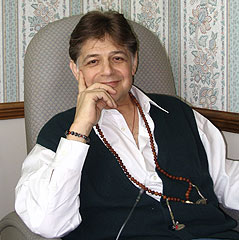 In the late ’80s, Robin moved to Princeton, where he completed his graduate work in comparative literature, eventually becoming Dr. Kornman. Subsequently, he held teaching positions at St. John’s in Annapolis and the University of Wisconsin in Milwaukee, as well as a research position with the Library of Congress. He gathered a group of translators around him in Milwaukee and spent the last decade of his life working on a translation of the initial volumes of the Epic of Gesar.

A natural in the role of Shariputra, Robin never tired of asking questions of the Vidyadhara, to the edification of us all as witnessed in Glimpses of Alaya, An engaging and prodigious teacher, he traveled our mandala widely, lecturing particularly on the ways of Shambhala and the importance of Gesar, and was a pioneer in developing dharma education for children. Robin was a bon vivant extraordinaire, and the waistlines of many of us are fuller from our meals with Robin, and our minds fuller from the stories he regaled us with. A renaissance man, he was struck down by a respiratory arrest just after playing the piano, a pursuit he had taken up only two years before. Atranslator par excellence, his words live on with us when we practice the Vajrayogini Sadhana, offer a lhasang to the drala, or make the invocation of our ancestor Gesar. Robin’s ebullient laughter and the fine workings of his mind will be greatly missed by a large circle of friends, colleagues, and students.

For a fuller account of Robin’s life and work, see the original of this article and other tributes at: www.chronicleproject.com.